Press enter to begin your search

CANAA Award
The CANAA Award of Excellence was created to honour an individual who has made a significant contribution in the struggle against abuse.  This award is presented yearly at the Annual General Meeting of the Community Action Network Against Abuse.

A nominee must have made a significant contribution towards eliminating abuse.  The contribution should be sustained or innovative; demonstrating leadership and the promise of long-term improvement, greater public awareness or viable change.  Candidates can be recognized for having lifelong careers in the field, or who in a short time have made very systemic changes in the workplace.

To date, the following recipients have been honoured with the CANAA award:

Awareness Campaign
CANAA has funded a number of awareness campaign on domestic violence and abuse.

Newspaper ads were placed in Seaway News, Le/The Journal, Winchester Press, Chesterville Record, Glengarry News, and the Morrisburg Leader, as well as advertisement within the City of Cornwall Transit. 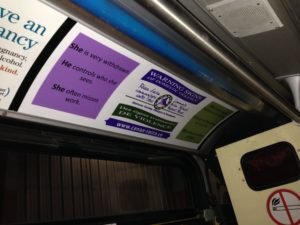 As well, in cooperation with Cornwall’s Mayor’s Task Force on Violence Against  Women & Children, CANAA produced large colourful banners which are located at various arenas and sport facilities. The banners are a proactive approach to making our communities aware of core respect values. A press release and photo opportunity took place on April 23, 2010.

Police Portfolios
In 2008-09, CANAA produced special binders designed to assist police officers on the beat who regularly deal with domestic violence. These binders hold various program brochures from agencies who can assist victims in need. This provides officers with a quick reference and the ability to disseminate information quickly. Both the Ontario Provincial Police (OPP) and Cornwall Community Police Services use these binders and materials.

A tip card on how to talk to children when making a domestic violence call was also developed to help officers.

Check out our Events

The Community Action Network Against Abuse (CANAA) is network of service providers and people from the communities of Stormont, Dundas, Glengarry and Akwesasne who work together to end abuse.